Today we will talk about a VPN provider called StrongVPN. The company is registered in the United States, a country where VPNs are allowed, but it is one of the founders of the Five Eyes Alliance, the essence of which is the exchange of intelligence, not the best choice of country for a VPN. Let's consider the strengths and weaknesses of this VPN service, for what purposes it is best suited, its advantages over other VPN providers, and the tasks with which it does not cope or not as we would like. One of the most important points concerns the privacy of your online activities, here StrongVPN lives up to its name, as the service has one of the strongest encryption to date, AES 256, which is known for its impenetrable wall of security algorithms.

VPN service uses Open VPN, IKEv2, SSTP, L2TP, IPSec and rapidly gaining popularity Wireguard. You can connect up to 12 devices to the VPN at the same time, which is high among VPNs. There is a StrongDNS function, which we will discuss later, unlimited data streaming speed, zero-logging policy, we will talk more about everything, and we will also test the speed of the service with Speedtets, and based on the information provided you will already have an understanding whether this service is suitable for you

As we mentioned before, your privacy is one of the key points when choosing a VPN and a StrongVPN can provide it at high-security standards, StrongVPN uses AES 256 encryption, without which it is difficult to imagine today a reliable VPN, able to provide you with the anonymity of your digital identity. SHA 2048 algorithms also form the security framework. With such strong protection, you can safely connect to public Wi-Fi networks without fear that you may have a data breach and the shield on the company logo justifiably deserves its place.

StrongVPN uses IKEv2, SSTP, L2TP, IPSec, Open VPN, and what I liked, Wireguard, which is now a new gold standard in the ratio of security and fast speeds, the Wireguard protocol is easy to use, has high performance, low attack surface and open source, these advantages along with modern cryptography and high-performance highlight the Wireguard protocol and it is actively used by many VPN providers, also an additional reason for confidence is the passing of independent audit. To summarize, the encrypted tunnel between the VPN client and VPN server inside a private virtual network StrongVPN is secure due to high encryption standards, which are fully able to ensure the privacy of your data. 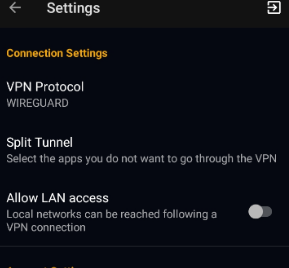 StrongVPN registered in the U.S., not the best choice for registering a VPN service, the country allows VPN, valued and respected freedom of speech and tries to protect free access to the Internet and the issue relating to data privacy, only do not forget that the United States is a founding member of the Five Eyes Alliance, the essence of which is the exchange of intelligence between countries in this union, namely the United States, Britain, Canada, Australia and New Zealand and all seemingly obvious, that all forces are aimed at combating terrorism, but based on recent published articles, including Edward Snowden, we can understand that the U.S. massively monitors all citizens, their online activity, largely due to and the most advanced surveillance system in the world, anyway, if your internet provider or government agencies demand data from your VPN provider, StrongVPN you can trust, as it does not store your IP when connecting, does not see your browsing history and records your data, giving you anonymous surfing without fear that someone is spying you.

In this section we will test the performance of StrongVPN, we will understand how much slow down your work when using the service and compare the speed data on several servers that are located near us, because the closer to us the VPN server, the faster will be the data transfer speed and also measure the speed of the server in the USA, we will understand how good it is when connecting to the most distant from us servers, for example if we want to watch video content on Netflix.

Our initial speed was 65.53 Mbps with disabled VPN, then service found the nearest location to us to connect and the speed decreased markedly and was 14. 66 Mbps, which is not critical, but in comparison with other VPN services is inferior in this point, when testing the server from the U.S., Speedtest showed us a speed of 12.78 MBPS, enough speed to view video content on Netflix without buffering.

StrongVPN does not have many functions in comparison with VNP services, which are in the Top Five, but there are a number of features that are worth responding, one of these features is a StrongDNS - a kind of analog of Smart DNS, the essence of it lies in the fact that with a proxy server you can view sites that geographical restrictions, you can not view in your area, StrongDNS opens access to them, such as the famous streaming sites Netflix, Hulu, Amazon Prime Video, the distinctive feature of the StrongDNS is super-fast speed.

The function of Kill Switch - an emergency switch, which acts as a switch, when you have an interrupted VPN connection, at this time, your data becomes the most vulnerable and it can be used by cybercriminals, killswitch interrupts your Internet connection thereby providing you protection from information leakage.

The split tunneling feature is a feature that allows you to use a Virtual Private Network (VPN) at the same time to transmit data anonymously and use a public network if the situation does not require encryption of your data.

The StrongVPN app is easy to use, the user interface is nice, there is a dark mode that is convenient to turn on at night so that your eyes do not get tired, the connection speed is fast, you can easily change the settings in the app that you want, the default encryption is AES 256. Of the disadvantages is limited split tunneling, which you can only use on Android. 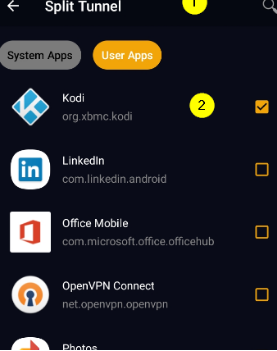 The StrongVPN server network is not as global as other VPN services consisting of 59 VPN servers in more than 38 countries, but most importantly the servers are well optimized and there is no overload, while not limiting the speed.

What about streaming or torrenting? StrongVPN is great at bypassing geo-blocking of famous streaming sites like Netflix, Hulu, ABC, Channel 4, YouTube, and so on. Well-known streaming sites have learned to detect VPN traffic and block access to the site, but here comes the feature we talked about earlier, StrongDNS is a proxy server, through which you get access to geographically restricted content from other regions. All data transfer takes place in an encrypted tunnel, which makes your online activity anonymous, protected, and hidden from third parties. However, I never got access to the BBC iPlayer library.

But we all remember such a great feature as StrongDNS and here it easily managed to bypass the blockage and gave us access to the BBC iPlayer library and I was able to watch video content without any problems from outside the UK. For torrenting StrongVPN is good, all servers are well optimized, with no bandwidth limitations.

The downside is that many features are not available on other operating systems compared to Windows, in the Windows app you will have a killswitch, IPv4 leak protection, IPv6, obfuscation, which masks the WTP traffic as HTTP.

On other platforms, unfortunately, you will not have such a big choice among functions, an emergency switch is not available on other operating systems, except Windows, split tunneling will be available only on Android, because of such restrictions the service loses a lot of potential users, in my opinion.

If you have any questions about setting up or installing VPN applications, the site has guides on these issues, they contain all the basic information in detail so that even a novice can cope.

You can connect up to 12 devices to StrongVPN at the same time, this is quite a high figure among other VPN services.

StrongVPN offers competitively capable prices in exchange for its services. There are two plans, monthly and annual, if we're talking about the annual plan, the first year you pay $47.99 for a subscription, then from the second year, the subscription will cost you $79.99. There is a 30-day money-back guarantee if for whatever reason you decide to stop using the service. I was disappointed that there is no free trial.

You can pay by credit card, PayPal, Alipay 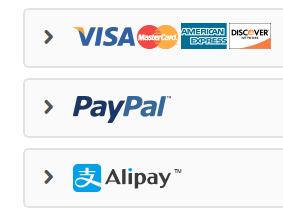 Support StrongVPN works 24/7 via Live Chat, as well to solve your questions you can contact support via email. When you start chatting, at first the chat room answers your general questions and sends you useful articles, but if you have a more complicated question, you can contact a consultant, the website has a phone number which will connect you to an expert from the StrongVPN team, which makes the service stand out among others. The site has a section with guides on how to configure or install VPN applications for different operating systems and devices, you can also find a section with frequently asked questions, various useful articles. The speed of waiting for an answer was fast, through the chat I received an answer almost immediately, through the mail I was waiting for 4 hours, which is a good indicator. In general, the support service StrongVPN deserves high marks, as the support staff replies quickly, essentially, without unnecessary water and offers instant solutions, observing tact and politeness.

✘ U.S. country of incorporation, which is a member of the Five Eyes Alliance
✘ Limited features for Chrome, macOS, Linux apps
✘ The speed of connection to the network is somewhat lower compared to other VPNs