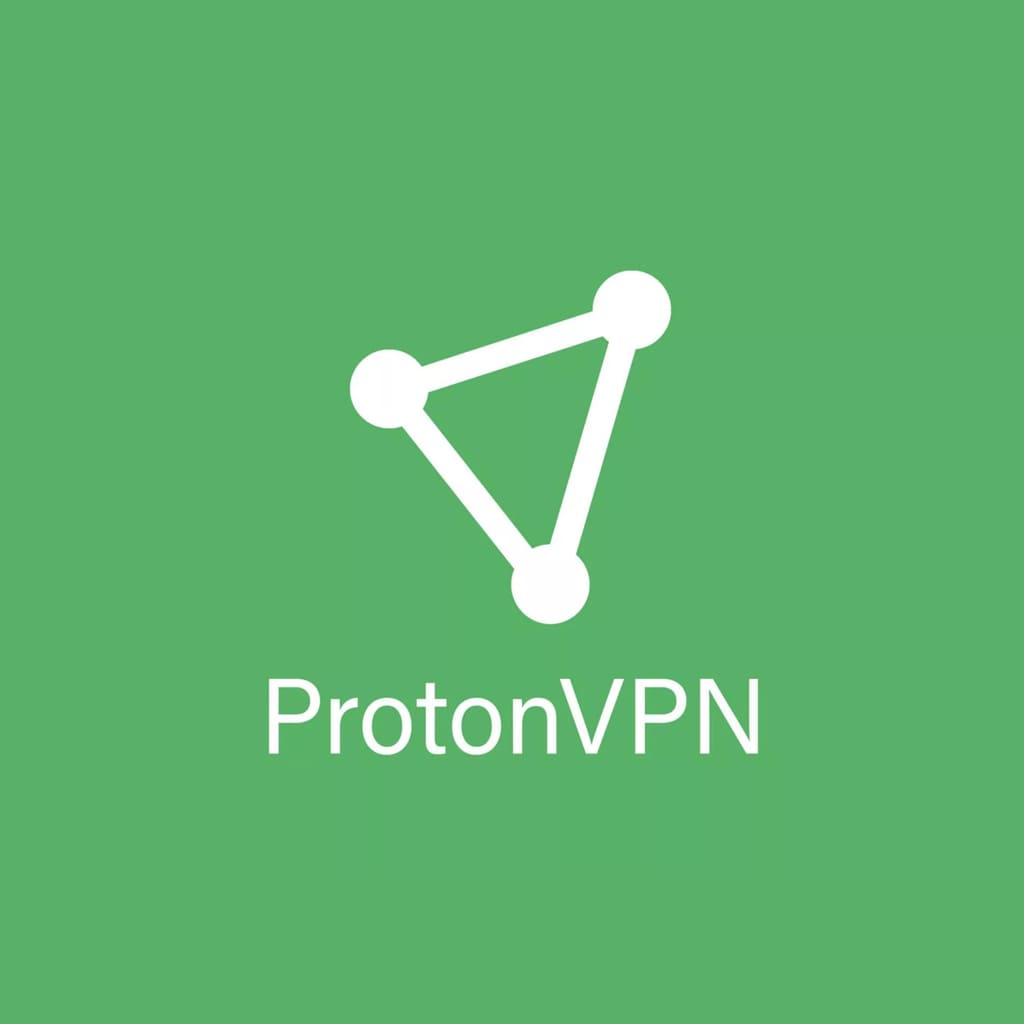 Today we focus on a VPN provider called ProtonVPN, which was organized by scientists from CERN, engaged in nuclear research, first, they created a webmail service with encryption Proton Mail, but they decided not to stop there and later made a VPN service, every year the service is getting better and is worthy competition in the VPN industry, a credit of trust is first of all the country of incorporation - Switzerland, where laws on protection and privacy are strictly observed, secondly zero policy of conduct Thirdly, modern, reliable algorithms of encryption, the unique Secure Core structure, which ensures the confidentiality of your data and protects you from the attacks of cybercriminals, as well as tracking by Internet service providers, encryption AES 256, without which it is difficult to imagine today a reliable VPN, Wireguard, Open VPN, IKEv2 protocols, Netshield ad blocker and much more, which we will talk about in detail in separate sections.

In this section, we will look at the privacy and protection that the ProtonVPN service gives us.

To begin with, it is worth noting the Secure Core network, whose servers are located in countries with favorable privacy laws (Iceland, Sweden, Switzerland). Although we know, that Sweden is included in the alliance of 14 eyes, this fact does not cancel the loyalty to the protection of access to the network, the servers equipment is reliably protected, some of them are located on former military bases, the Secure Core servers have full disk encryption, which protects all software and makes your actions in the Internet space is completely anonymous.

ProtonVPN decided to use only protocols with a good and reliable reputation, namely Wireguard, OpenVPN, IKEv2.

It is also important that ProtonVPN has IPv6 and DNS leak protection, where the service has passed the test, which means that requests sent from the VPN client to the VPN server go through a secure tunnel without any holes and your IP is successfully masked so that it becomes impossible to disclose your real location.

ProtonVPN is registered in Switzerland, a country which is not part of the alliance 5, 9 or 14 eyes, where laws on freedom of speech, privacy and web access are strictly enforced, and in this country, the VPN is allowed, but I should say that in a general referendum it was decided that the government will be allowed to monitor the online activity of its citizens, but no articles of complaint or violation of laws on privacy online, I have not found.

Even if the Swiss government comes to ProtonVPN with a warrant to provide data about its users, the service can not provide anything, as it maintains a no-logging policy, that is, your IP connection time, history of site visits, your DNS requests are not stored and not recorded on ProtonVPN servers.

The same credibility is gained bypassing the audit by SEC Consult, which specializes in cybersecurity audits, cyber defense and secure software certification. You can find application reports on the website, where everything is explained in detail.

An important point you should pay attention to when choosing a VPN service is speed. ProtonVPN servers are well optimized with a limited bandwidth of 1.672 Gbps, which distinguishes ProtonVPN from others, not for the better, as most VPN services provide unlimited bandwidth. But what I did like was the use of the VPN Accelerator, which ProtonVPN claims can increase your speed by 400% through advanced networking technology. I decided to test the speeds on the free plan this time and of course, they are noticeably different from the Plus and Visionary packages.

I used the automatic connection and was connected to a Dutch server, initially my speed without a VPN connection was 59 Mbps, after connecting to a VPN server, it dropped to 96% and was 3.3 Mbps, which is of course a disadvantage for the VPN, but it must be said, I decided to use the free plan to watch the soccer match Manchester United - Atalanta and I had the video without buffering, though not in HD quality. With the Plus package, things are much better and after the connection, my speed dropped by 40%, which is a good indicator.

ProtonVPN offers a wide range of features, including NetShield - ad blocker and malicious trackers, which makes it impossible for various marketers and other websites to track your information and you reduce the risk of leakage of your data.

Split tunneling feature is a feature that allows you to choose applications or sites where you do not need to use VPN, for example for banking or you want to enjoy local content, so you have formed two tunnels, one fully encrypted with all its features to ensure the safety of your data and anonymity of your identity, and another tunnel for using the local network without VPN.

There is good news for fans of the Tor network, as ProtonVPN uses built-in support for Tor, this feature is a great advantage among other VPN services, thanks to which you can enter into an anonymous network and mask your traffic from third parties and the Darknet site becomes available.

Windows apps are intuitive, I like the user interface with the digital map of the world in dark mode, should not be a problem to install, even for beginners, but if you have any questions, you can find an installation guide on the website, for other operating systems the situation is worse because they are under development and do not have the full functionality. 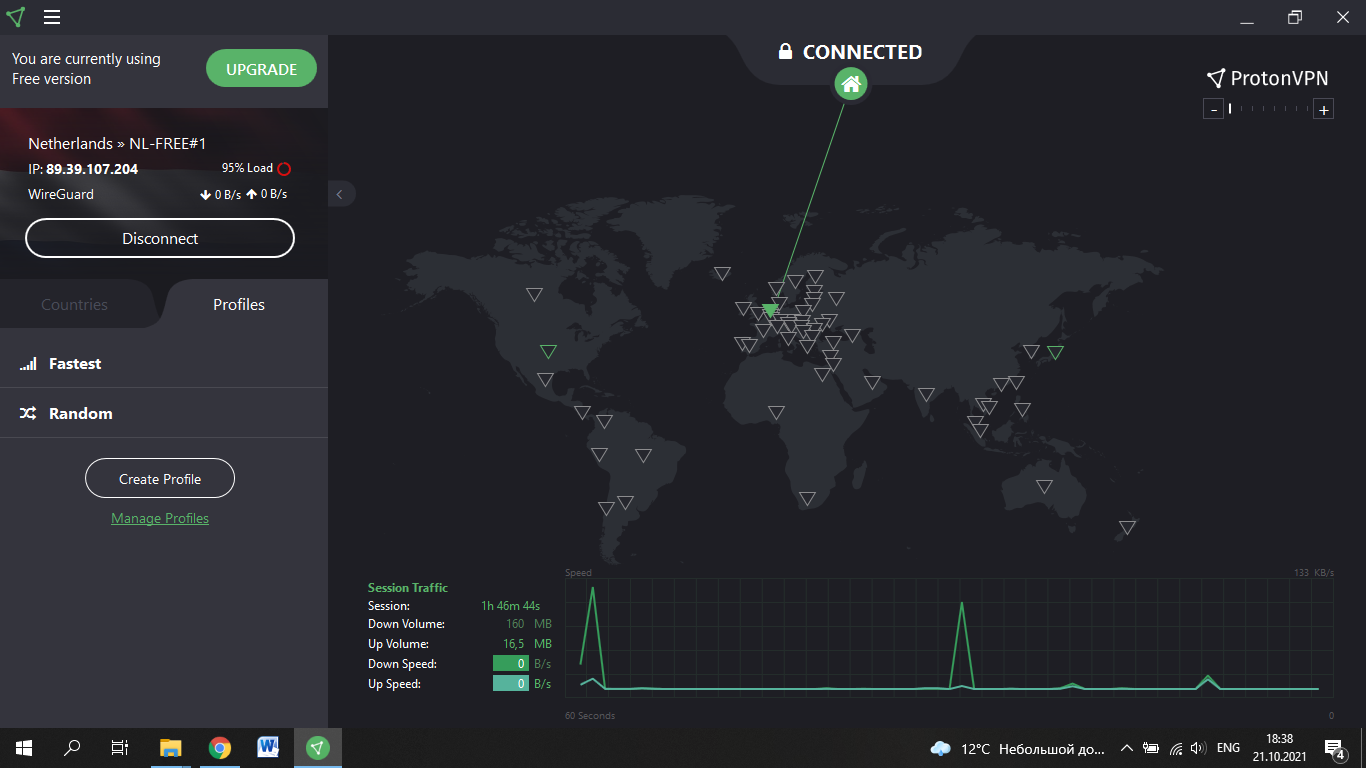 ProtonVPN has a large server network consisting of 95 VPN servers in 61 countries. In the free plan, you will have access to 23 servers in three countries - Japan, USA, Netherlands. Not all servers support Tor and P2P, it is convenient that in front of each server is a label whether it supports P2P, TOR, as well as how busy it is, it is worth saying that the free servers at a load less than 90% I have not met, which is an additional factor affecting the speed. Secure Core servers will be available only when using the package Plus, Visionary.

Consider how ProtonVPN copes with bypass blocking due to geographical restrictions of content, depending on what region you live in, I had no problems getting access to libraries Netflix, Hulu, Kodi, BBC iPlayer, Amazon Prime Video, Zattoo, Canal+. However, if you use a free rate and the server you are connected to will be overloaded, and as statistics show, this happens often, be prepared that will buffering and average video playback quality, especially when using mobile applications. I was watching a soccer game, the video was without buffering, but when I connected to Netflix I had to set the video quality to medium and still had to buffer, when using the Plus package things were much better, I was able to watch full HD video content without lag.

P2P/BitTorrent support only starts with the Basic package. The bandwidth was quite good, I have not encountered any problems with downloading torrents, and what is important at that, ProtonVPN provides the claimed anonymity, since in some countries torrents are banned and internet providers without warning can send information to content owners, as a result, there may be penalties in the form of fines, up to imprisonment

Windows users will be able to use the full functionality of this service. Applications for other operating systems have a number of limitations and are not well optimized, as they are not ProtonVPN's own applications. Connect up to 10 devices at a time when using the Plus package, Visionary, up to 2 devices when using the Basic package and one device with a free subscription.

Applications for Windows is well designed, optimized with a nice interface, the main screen is an interactive map with the traffic session, in the settings you can use additional functionality, such as enabling split tunneling, etc.

Now let's talk about the prices of ProtonVPN tariffs.

ProtonVPN offers 4 tariffs, the first tariff is free, with certain restrictions (23 servers in 3 countries, connection of one device, low speed)

Package 2 (Basic) gives us an already average speed, the ability to connect to VPN servers in 40 countries and 2 simultaneous connections and support P2P/Bittorent.

Package 3 (Plus) already offers us up to 10 simultaneous connections, 95 VPN servers in 61 countries, Tor over VPN, Streaming Support and Secure Core VPN and the last 4 packages (Visionary) includes all the above features plus a ProtonMail account Visionary.

To me as compared to other WAP providers and what they offer, ProtonVPN is overpriced and not everyone can afford it.

You can pay for a subscription via Credit/Debit cards, Paypal, in the future they promise to add bitcoins.

There is a 30-day money-back guarantee.

Unfortunately, you can only contact support through the mail, the answer usually comes between 5 and 12 hours. On the site there are many guides on how to install applications and configure them, there is a section with frequently asked questions, on the site in the Support section everything is conveniently divided into categories, I am also a search line for the information you need,

I decided to check the response time from support, it was 7 hours, the solution was helpful and efficient, but the fact that there is no online chat is of course a minus as you may need urgent solutions.