! blackVPN is a discontinued VPN service !

BlackVPN is a VPN provider founded in 2009, a company registered in Hong Kong that takes the privacy of its citizens seriously. The service has a zero-logging policy, uses strong AES 256 encryption, which is currently the most secure, connection to the server through an encrypted tunnel is made using OpenVPN (TCP/UDP), L2TP/IPSec, PPTP) protocols. With one account you will have up to 7 simultaneous connections, applications for Windows, macOS, Android, iOS, Linus, Routers, though poorly optimized and have their own shortcomings, which we will talk about later. The service also uses unlimited bandwidth, dedicated Bare Metal servers, which are designed only for blackVPN users, designed to improve performance and security, a NAT firewall - to protect devices from external attacks. An interesting fact is that the service donates 10% of each privacy package to support the Electronic Frontier Foundation, which organized the movement "The day we fight back", which constantly sends requests to the government to stop mass surveillance of citizens.

Let's consider the advantages and disadvantages of the service, let's test the service for data leaks and conduct speed tests and based on this review you will be able to decide for yourself whether this service is suitable for you or not.

HideIPVPN uses the most secure encryption algorithm AES with a key length of 256 bits, which is used by governments, banks and other structures with the qualification of "Top Secret", but also the service uses one of the most successful asymmetric encryption RSA with a key length of 4096 bits. Secure connection to the Internet is provided by 7 protocols to choose from: OpenVPN, IKEv2, L2TP/IPSec, PPTP, SSTP and Soft Ether, if PPTP protocol is long outdated and vulnerable to data privacy, other protocols are quite reliable and provide the required data protection, IKEv2 is particularly suitable for mobile applications and is also a reliable and secure protocol, OpenVPN is an open-source protocol, which has long proved itself on the market from the best side, as well as the SoftEther protocol, also open source, which easily bypasses the firewall.

With the website dnsleaktest.com we tested for data leakage, my actual location in Russia was at the time of the test, HideIPVPN successfully masked my real IP address and I found no leak of confidential information.

BlackVPN started its activities in the U.S., not the best country to register a VPN, given the mass surveillance of online activities of citizens, and participation in the Five Eyes Alliance. But the service was able to relocate to Hong Kong and now the company operates from the country, which uses a loyal jurisdiction in respect of privacy rights, and protects free Internet access. In Hong Kong there is also no law on mandatory storage of data about its users, which is a great place to register the VPN company. The service has a zero-logging policy, meaning the servers do not record or store any traffic, connections, DNS data, which makes this service reliable in terms of your digital identity privacy.

Speed is also an important point when choosing a VPN, the speed depends on many factors such as the server network of the service, the closer the server is located, the faster the speed will be, the encryption you use, the speed of your internet provider, all these factors affect the speed of your connection. We tested the speed with Speedtest and frankly I was disappointed with the results. First, I measured my speed without a VPN connection and it was 50.27 Mbps, then I connected to the recommended server and the speed was only 4.35 Mbps, which significantly reduces your speed when using a VPN, but in fact, the VPN server was overloaded and the second time the speed was 15.10 Mbps, nevertheless this is still low, and to reduce the load on servers you should expand the server network. Connecting to the U.S. server, my speed was 2.19 Mbps, which is extremely low because of server congestion. In general, the picture is not satisfactory, the service should think about expanding the network to avoid congestion, or optimize their own servers to achieve better results. 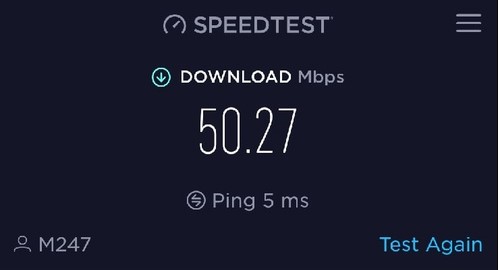 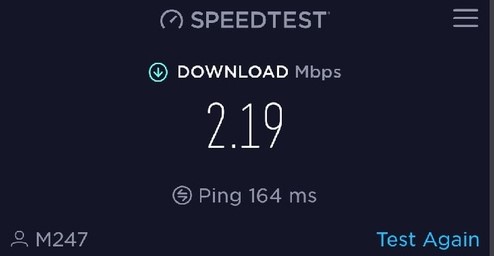 Unfortunately, the service is not multi-functional and does not have such additional options as split tunneling, ad blocker, etc. Let's consider what the service offers us, to begin with, the function killswitch, a useful feature, its action is to break your Internet connection when there was a failure in the work of the WiFi network, because at that moment, when the connection with the WiFi is broken, your confidential information immediately becomes vulnerable and it can be used by hackers, especially this becomes dangerous when you connect to a public network Wifi.  Unfortunately, only the Windows client has this feature and sometimes there are problems with this option.

The advantage of the service is also the use of a NAT firewall which, when connected, blocks traffic that is not requested.

Bare Metal servers are dedicated servers, which can be used only by blackVPN users, the advantage of these servers is that they are not virtual, without an operating system and are designed to improve the security and speed of the connection.

During the testing we haven't found any leaks of DNS data, the service masked our IP and the testing revealed no leaks of confidential information.

BlackVPN app needs a lot of work, Andriod app can't connect to VPN server in any way, it's badly optimized, there are a lot of small problems that need to be fixed, and there is no killswitch function.

Windows app is better, but also has its own problems, without the OpenVPN client, you will be limited in accessing many servers, this is also a drawback of the service, I hope in the future this situation will be corrected. 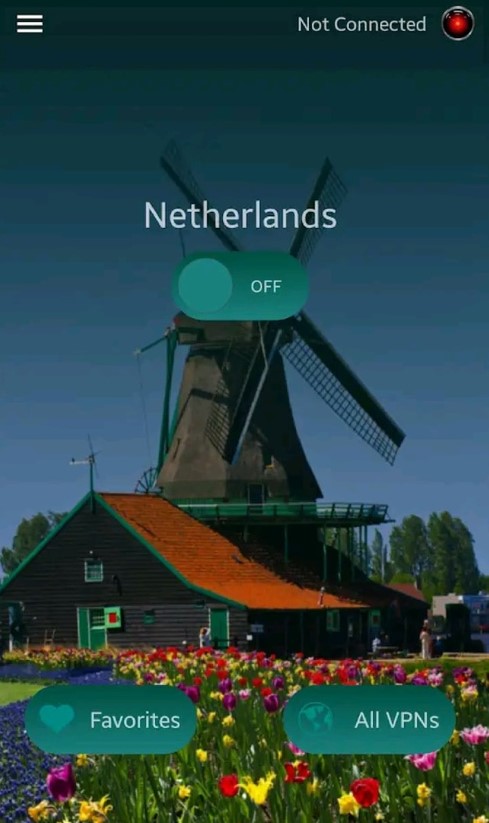 BlackVPN has a small server network compared to other VPN providers, having 31 VPN servers in 18 countries, with 3 locations in America (Central, East, West). The service states that they only use physical servers, which is their advantage to provide high performance and stability of the connection to the location you choose.

How good is the service for streaming and torrenting? There are some nuances here. If you are more interested in streaming in the US and UK, BlackVPN has a package called TV, which uses only servers for the US and UK or you can separately choose a package only for the US or only for the UK, but be careful because the US and UK servers prohibit P2P torrent and if you decide to violate this rule, you will block access without refund. With the opening of access to Netflix, BBC iPlayer, Hulu, Amazon Prime Video, Disney+ I experienced no problems and BlackVPN servers were able to bypass the geo-blocks of streaming services without much trouble, though the English Netflix library was not always open for me.

If you are more interested in anonymous and confidential downloading of torrents, the Privacy package is more suitable here - BlackVPN servers have unlimited bandwidth and work well with P2P/BitTorrent and you can safely download torrents without fear that you can be exposed.

The Global package combines Privacy and TV packages and you decide for yourself which is more important for you and which you will use all the time.

BlackVPN has applications for Windows, macOS, Linux, Android, iOS, Routers. By its features and stable operation I would single out only the application for Windows, it is equipped with automatic connection to the server, in the application you can choose the protocol and encryption. I recommend using OpenVPN UDP, as among the available protocols it is more secure and has better performance. Also there is an emergency stop switch and data leakage protection. The application for Android and iOS in my opinion is poorly optimized and is still under improvement, there are often problems with connecting to VPN servers. Unfortunately, there are no extensions for Chrome and Firefox, but BlackVPN also plans to make them in the future.

The price policy, in my opinion, compared to other VPN services and considering the possibilities that the service provides, seems to be overpriced. There is a 14-day money-back guarantee, in comparison with other VPN services, this is a small period, so in the application for Android there is a 3-day trial.

BlackVPN has three tariff plans: Privacy, TV, Global, I have already told about their differences, now consider the prices for these plans

You can pay for the subscription by credit card, PayPal, Bitcoin for anonymous payment. 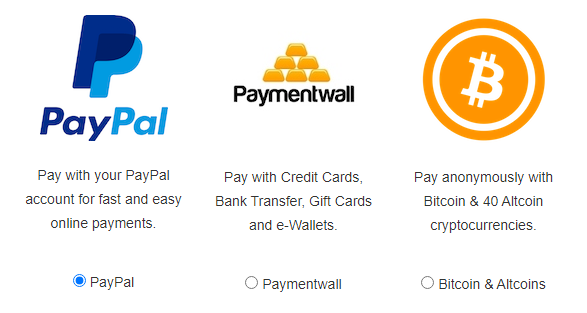 Support for BlackVPN, unfortunately, is only available through the system of tickets, which upset me, because there are situations when you need instant solutions to questions and this can only be done through live chat, also there is no mail, where you can contact.

In the support section of the site, you can find a section with frequently asked questions, little informative, as the service has a knowledge base and a blog where you can find an answer to your question, as well as ask it yourself.