Today we will talk about AstrillVPN - the company is based in Seychelles, has a server network represented in 57+ countries, modern AES 256 encryption, without which it is difficult to imagine a reliable VPN provider. a wide range of protocols Wireguard, L2TP/IPSec, OpenVPN, SSTP, PPTP, IKEv2, Cisco IPSec, as well as proprietary protocols developed in-house Stealth VPN, Open Web. The service claims that it doesn't keep logs, but we'll look at this issue in more detail in a separate paragraph, and Astrill has a huge arsenal of additional features that provide anonymity and privacy of your digital identity on the Internet. We'll describe all the features of the service in more detail, as well as the advantages and disadvantages, test the service for data leakage, as well as make a speed test and everyone will be able to decide for himself whether he is ready to buy a subscription for the highest price on the market and whether the price really corresponds to the quality of the product?

Astrill is serious about security, the service uses AES 256-bit AES encryption, as well as CAST 256-bit, Camellia 256-bit, BlowFish 512-bit algorithms, which indicates a high level of privacy of your identity on the Internet and excellent security of your data. Besides all known to us PPTP, SSTP, L2TP/IPSec, Cisco IPSec, IKEv2, OpenVPN, Wireguard open-source protocols and excellent performance together with security, Astrill uses its proprietary Stealth VPN protocol - a closed-source protocol with additional obfuscation proved to be a reliable and stable protocol with AES 256 encryption and no IP and DNS leaks. Another proprietary protocol that Astrill uses is Open Web, which is easy to use, with strong AES 256 encryption, perfectly masks VPN traffic as regular web browsing, and works well in countries with strict censorship.

We tested it for DNS leakage, IPv4, IPv6, and WebRTC. My actual location is in Russia, then I connected to the U.S. server and after testing, found no leaks and my location was determined to be in the U.S. Also, no IPv6 traffic leaks were found, as evidenced by the previously stated privacy of your digital identity on the Internet.

Astrill VPN is registered in the Seychelles, which allows VPNs, a generally favorable country for registration of VPNs, where they practically do not restrict free access to the Internet, except for censorship of sites related to politics, Seychelles is not in any unions - this shows that information about users of the country will not just hand over, you must try very hard and bring a lot of evidence, with all considering the jurisdiction of the country. Astrill VPN states that it has a zero-logging policy, but after studying the privacy document, you can find interesting clauses stating that the server saves connection time and duration of the connection. Yes, they are not stored for a long time, but still it tells us that Astrill keeps partial logs, which is definitely a disadvantage.

During the test I was pleasantly surprised by the superfast speeds, the only time I connected to the American server, the speed was 5 Mbps, in other cases the results were impressive. First and tested my speed without VPN and it was 62.62 Mbps, then I connected to a server from Latvia and my speed was 59.01 Mbps, almost no change, indicating the previously stated high speeds of the service. But there is an additional option called VIP VPN, here you are provided with 5 special servers from Hong Kong, USA, Taiwan, Singapore and Japan, mainly for Asian clients and gamers, on these servers optimized speed and less latency plus you are given 100GB of traffic, although this feature costs extra 10$. 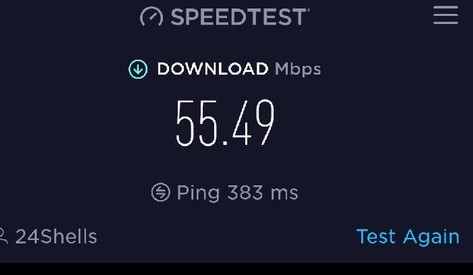 Astrill VPN has a huge arsenal of additional features that provide an additional level of security and anonymity to your data, let's take a look at these features.

The killswitch feature is very useful when you have a break in your VPN connection, at which point your data becomes vulnerable and the killswitch immediately terminates your connection to the Internet, preventing data leakage. In the application, this function, which protects applications from data leakage caused by a VPN failure, is called App Guard.

Smart Mode - the point of this feature is that when you use a VPN service, the government can detect the VPN traffic and block your access, Smart Mode masks the traffic so that the government does not see the use of the VPN service, keeping your regional IP, while Smart is good at bypassing the great Chinese firewall while remaining secure and providing faster speeds.

The service provides port forwarding, Onion over VPN, and multiprocessor VPN - this is a useful feature that changes the routing of packets, for example: To connect to a server from Japan, set up a quick connection via a US server and then Hong Kong server, after this traffic is routed in Japan, the result is higher flow rate, and your traffic becomes harder to track.

The app that Astrill provides, in my opinion, with an outdated design, is easy to use, intuitive, but for different operating systems there are restrictions on additional features, and the free app Astrill for Android I did not particularly like, in the app you can change proxy settings, choose which applications to the tunnel, see logs and connect to the server, that's it.

The Astrill VPN server network is not large compared to other VPN providers, but there are a number of advantages. The network consists of 109 servers in 107 cities in 57 countries, the service uses only physical servers with superfast speeds with 1 Gbit or 10 Gbit lines. Servers support all presented protocols, support P2P / torrents. All servers are well optimized for further operation and have high performance, with almost no connection failures.

How does Astrill VPN handle the content restrictions of streaming sites? As you know, recently, streaming services have learned to recognize VPN traffic and immediately block your access, using Astrill VPN I have not encountered difficulties in accessing content from such streaming sites as Netflix, Amazon, Hulu, Disney+, but there were some difficulties with obtaining access to the BBC iPlayer library, unfortunately, after many attempts, I could not solve the problem. At this point, we continue the list of additional features, you will be available Video Accelerator and Web Chache, with which you can watch the high-quality video in HD, and also with these functions, you can forget about the word buffering.

For downloading torrents, there are dedicated P2P servers, which have high speeds, be sure that the download will be anonymous, and that's important because in some countries the law prohibits torrent downloads and the punishment for this offense begins with high fines up to imprisonment.

Astrill VPN has applications for Windows, macOS, Linux, Android, iOS, and a router app. In terms of functionality, the applications differ, as well as in terms of design and settings, the best application for Windows, here you will have at your disposal absolutely all the functions we mentioned earlier. Other applications will be limited, for example, split tunneling will not be available on iOS, in the app for Android you can not enable an ad blocker and the kill switch, but and the biggest drawback for me is that the application has no protection against DNS leakage. You can connect up to 5 devices at the same time.

The cost of the service, is what will primarily discourage a potential buyer, given the variety of functions that the service provides, the price is reasonable, but in reality, everyone does not need the full arsenal of features, so everyone decides for himself if he will use all the options of the service, then it will be a good choice.

You will also have 1 day free trial in the Android app, which in my opinion is not enough to evaluate the service.

There used to be a 7-day money-back guarantee, now I see that purchases made on the site are final and non-refundable, the router warranty is 6 months.

You can pay for your subscription with credit/debit cards, PayPal and Bitcoins.

Astrill's support service is in line with premium customer service and you can get a 24/6 live chat, or you can contact the staff via email, or call the hotline. There are even video tutorials and app reviews on the site which makes the process more understandable for visual people, and you can find FAQs, set up guides, and video tutorials on the site. Technical support employees answer quickly, within a few minutes, if you have any difficulties with the installation of the application or technical issues, do not hesitate to ask questions, as employees give an instant clear solution to the question raised.